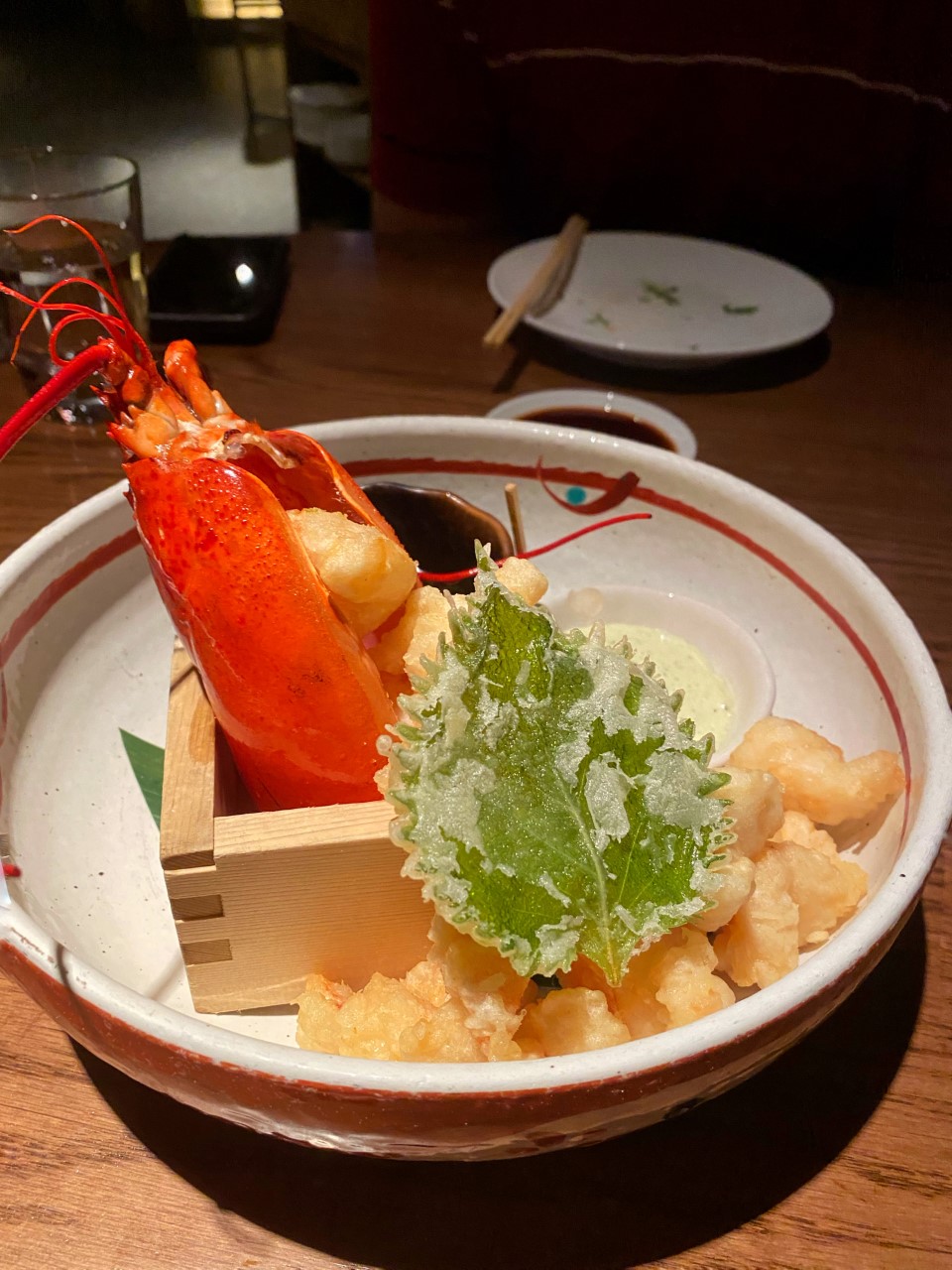 If you have never been to Zuma, then you are in for a real treat. Zuma is a contemporary Japanese restaurant located on the third floor of the Cosmopolitan hotel in Las Vegas, NV. They also have restaurants located around the world.

My experience at Zuma was amazing from the moment I walked in. My family and I were seated at a table right next to the open kitchen in the middle of the restaurant. We started with some cocktails while we decided what to order. If you like sweet and fruity drinks, I recommend trying either the chilly passion fruit margarita or the raspberry & passion fruit martini.

My family likes to try and share different dishes when we go out to restaurants, so we ended up ordering the premium omakase. Zuma’s omakase is only available if the whole table agrees to order it. Since it was up to the chef, we didn’t know what to expect from the omakase.

We ended up having 12 courses. TWELVE! Around course eight, I slowed down. However, our waiter just kept bringing more food. Towards the end, I wanted to unbutton my jeans so badly.

Not only was the food amazing, the presentation of each dish felt very upscale. I honestly don’t even know if I had a favorite course because they all blew me away. I was so used to seeing bite-sized food when it came to omakase or pre-fixed menus that the large portions at Zuma shocked me.

While there were only three of us at dinner, we managed to eat almost everything. However, we did have to get to-go containers for the leftovers for two of the courses towards the end.

I was very excited when our waiter told us we were allowed to take the leftovers. I feel like many fancy restaurants either won’t let you or it’s frowned upon. The leftovers made a great midnight snack after a night out in Vegas.

A few weeks before trying Zuma, my family went to Kenzo in Napa Valley, CA. Kenzo is a 1-star Michelin restaurant which means it’s known to be fantastic. However, after eating at Zuma, I feel as if I had a better experience at Zuma than at Kenzo overall. Perhaps I can’t put them in the same category because Zuma is contemporary Japanese cuisine and Kenzo is traditional. For the price we paid at Zuma, we got a lot more food than we did at Kenzo.

Kenzo was a lot more expensive than Zuma since Kenzo is a Michelin restaurant. We also had eight courses at Kenzo and they were all tiny courses. While the service was immaculate at Kenzo, I feel as tho Zuma was more worth it in the end.

I ate so much that I left in a food coma. I had to take a power nap before going back out. If you ever find yourself in Las Vegas, head on over to Zuma for a wonderful dining experience.